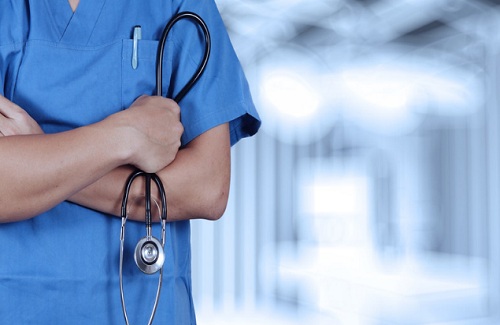 Recently India has been announced to be a leader in providing medical treatments to foreign nationals. Almost 30% of the total global medical tourists are landing in India. It is widely becoming popular to provide quality treatment amongst medical hubs like USA, Australia, Canada, Japan, Germany, and New Zealand.

This is because most of its hospitals, especially private hospitals are equipped with all the modern medical technologies and highly skilled medical staff. Indian doctors are known for their surgical expertise, who evolve after years of studies and training in their field.

Most of these hospitals have earned high accreditations and follow quality guidelines like ISO9001 which is mandatory for a private hospital before starting to provide medical services in India.

Popular medical hotspots in India are cities like Bangalore, New Delhi, Kolkata, Ludhiana, Chennai, Hyderabad, and Ahmedabad. All these cities are very well connected with various flight options across the globe and have pretty good living and transport options with well-equipped infrastructures.

Why is the cost of medical treatments in India so low?

One of the reasons cited for the increasing popularity of India as a global medical hub is its low cost of medical treatments. As somebody rightly said that one can spend six months in India, live in a five-star facility, get treated and come back and still his treatment cost would just be about ten percent of what he would be spending to get treated in a mediocre hospital in the United States.

To understand this cost difference, we need to investigate the reasons why India can provide medical treatments at such low costs. Many people associate low cost with deferred treatment quality but that is not the case.

One of the major difference in medical cost comes from currency rate difference. One American Dollar trades for almost Seventy India Rupees.

The second secret ingredient that is contributing to the low cost of medical treatments in India, is its demand flow. Most of the Indians must bear major treatment costs out of their pockets and almost seventy percent of financial debacle still in India are due to major health issues. Hence to cater to this kind of demand, doctors must produce value in their treatments while operating more nimby in this sub-continent.

Hence to cater to huge population’s demands, the Government of India have highly reduced the cost of most generic medicines (mostly where patents have expired). They have surpassed all the innovation benchmarks. Where Unites States spend around $8000 per capita into its medical innovations, here in India they have scaled the same approach while spending way less into these innovations to cater to medical care demand of its people.

Also, they have medical hubs in all major cities rather than having huge medical facilities in all low population areas. The people from these cities travel to these medical hubs to get all major treatments, thus creating a good demand in one central location to beat the fixed cost of running these medical centers.

Hospitals in India are quite Industrialized and standardized in its approach. The specialized doctors only perform the special procedure while leaving routine tasks on lower level staffs. Also, a piece of medical equipment here in India would be utilized for fifteen to twenty times in a day as compared to it being used five times a day in a hospital in America. Thus, creating the economy of scale.

Also, wages of Indian Doctors and medical staff is significantly lower as compared to medical staff in the United States or elsewhere. There is a tier-based task allocation. The highly specialized doctors work to conduct only specialized works. Then between doctors and nurses, there is a whole range of paramedic workers who are specialized in routine works. These are specially trained staff who have completed their high school and have entered the medical profession.

Most doctors work on a contractual basis with monthly salaries here in India rather than charging for per procedure. India has successfully applied the principals of mass production and lean production to discover the ways to cut the costs of its health care delivery.

Countries like the USA and New Zealand may be breaking the ground in innovating medical procedure for a disease where we don’t have a treatment yet, however, India has excelled the principals of innovation of most generic treatments by creating generic standard procedures, thus reducing the probability of errors.